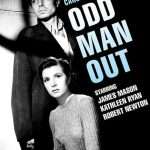 “The Irish in Film,” the free movie series sponsored by the Irish Studies Program at Fairfield University, continues on Wednesday, April 10, with the second of four diverse films. The series, now in its fifth year, is part of Fairfield University’s Arts & Minds season of cultural and intellectual programs.

Previous Catholic Nuns Documentary Screening Next Request It Service – we get it for you!