Rich Hill, winner of the 2014 Sundance film Festival Grant Jury Prize for Best Documentary, follows the lives of three American teenagers growing up in small town America. They are regular kids but they struggle with poverty daily. This film sheds light on the struggles of an ignored population in this country – those living below the poverty line. The families in this film deal with isolation, a lack of opportunity, and instability. 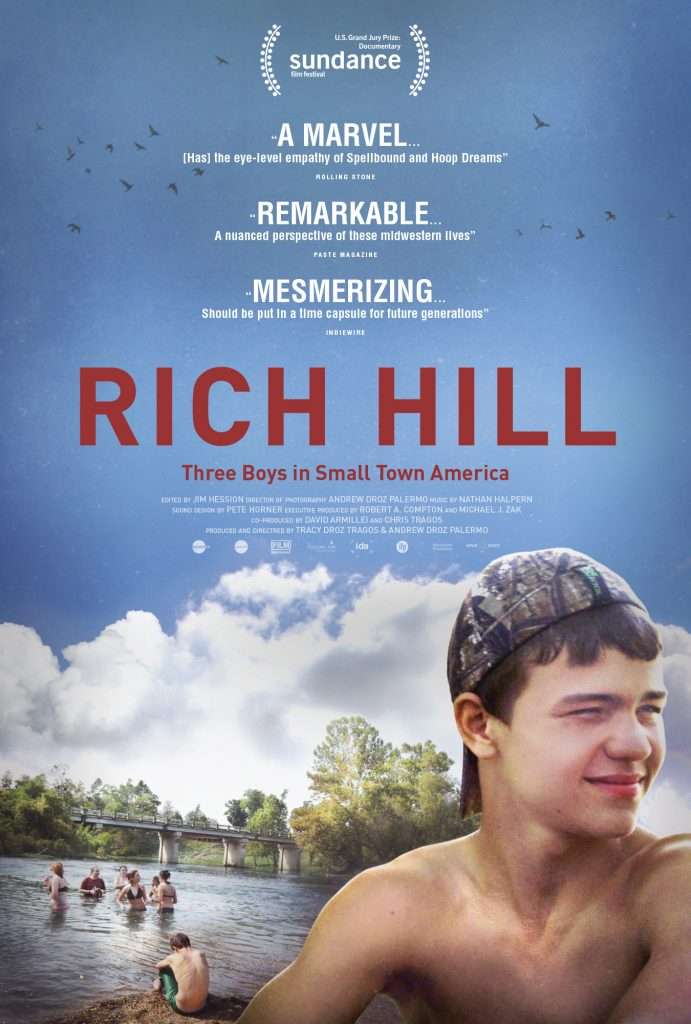 Rich Hill, Missouri has a population of 1,393. Established as a mining town, the economy has declined dramatically since the end of World War II. There are thousands of towns like it across the country, but filmmakers Tracy Droz Tragos and Andrew Droz Palermo have a personal connection – Rich Hill is their parents’ hometown.

The documentary follows three boys – Andrew, Harley, and Appachey – through one year of their lives. This rich and artistic film gives issues of poverty a human face. In many ways they are like most adolescents, but additional problems like imprisoned parents, unemployed parents, and lacking school systems complicate the struggle.

Critics have lauded this film for its intimate, honest portrayal of the families’ lives it examines. James Verniere of the Boston Herald had one poignant comment on the film’s focus on disadvantaged youth, describing the film as, “A deft and compassionate portrait of grinding poverty through the eyes of three young Missouri men. Boyhood, indeed.” Critics and the public alike praised Boyhood for its “honesty” and uniqueness, but Rich Hill ventures to a place that many Americans would prefer to ignore.

Check it out at the library! Browse the collection for new, award-winning films.