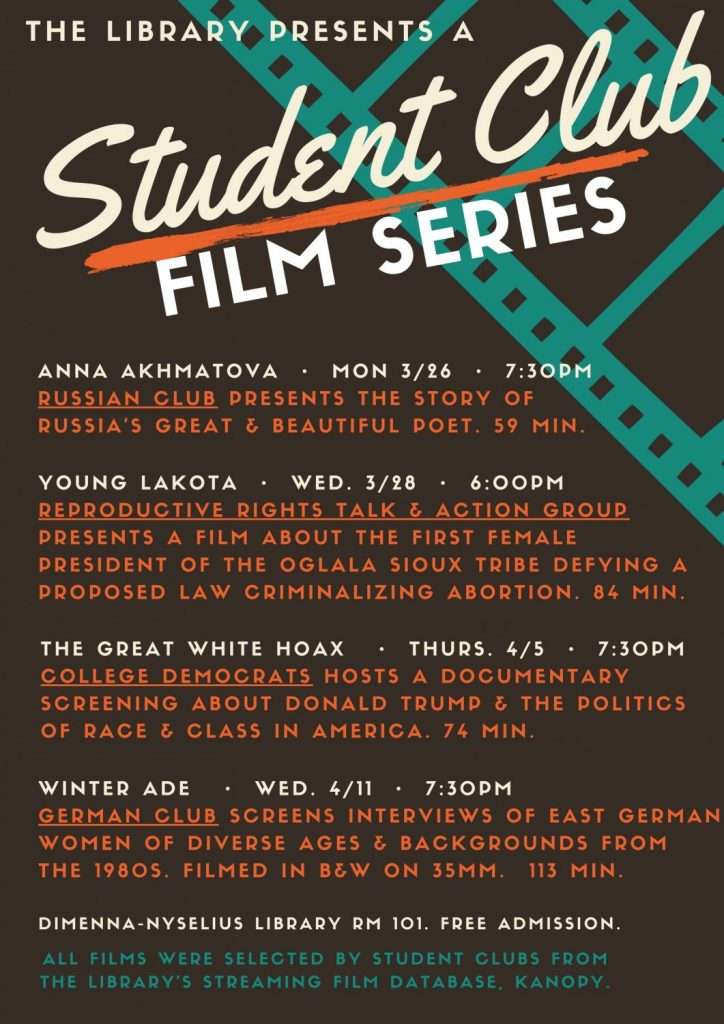 Recently a member of the library's Student Library Advisory Board suggested that the Library show more documentary films, which has paved the way for a Student Club Film Series, curated by club officers and members. All student clubs were invited to participate by selecting a film from the Library's streaming film database, Kanopy. Kanopy is a streaming video platform that provides access to a wide variety of films from some of the industry's leading producers and distributors. Public performance rights for students, faculty and staff is included if no admission is charged.

Four clubs have each selected a film which will be screened on the library lower level rm 101. Free admission.

College Democrats presents The Great White Hoax: Donald Trump and the Politics of Race and Class in America, 4/5, 7:30pm http://libcal.fairfield.edu/event/4057946

If your club would like to host a Kanopy film screening in the library as part of a future film series please contact lthornell@fairfield.edu or mbernstein1@fairfield.edu.