What Stags Should Read this Summer

Now that classes are finally over, our students will have more time to do things that will help them relax -- including reading a good book! Here is a list of some must-read summer books, all of which will be available all summer long in the DiMenna Nyselius Library’s popular reading section. Browse the entire collection here.

How to Stop Time by Matt Haig 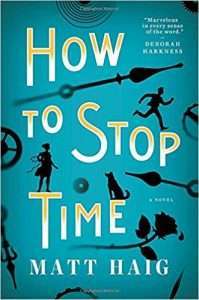 How to Stop Time tells a love story across the ages - and for the ages - about a man lost in time, the woman who could save him, and the lifetimes it can take to learn how to live. It is a bighearted, wildly original novel about losing and finding yourself, the inevitability of change, and how with enough time to learn, we just might find happiness. It’s the perfect book to read as temperatures begin to rise and the sun begins to shine.

One of Us is Lying by Karen M McManus 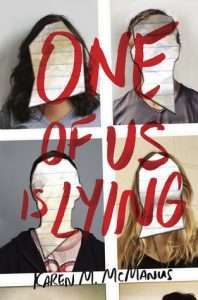 EW.com has described this book as “Pretty Little Liars Meets the Breakfast Club”. One of Us is Lying is the is the story of what happens when five strangers walk into detention and only four walk out alive. Everyone is a suspect, and everyone has something to hide. Every page will leave you at the edge of your seat. 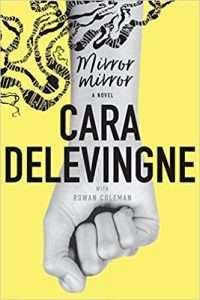 Mirror Mirror is the story of sixteen-year-old friends Red, Leo, Rose, and Naomi who are described as misfits; who are still figuring out who they are and who they want to be. Life isn't perfect, but music brings them together, and they are excited about what the future holds for their band, Mirror, Mirror. That is until Naomi vanishes before being pulled unconscious out of the river. If you’re a fan of John Green this book is a must read for you this summer.

Anna and the French Kiss by Stephanie Perkins 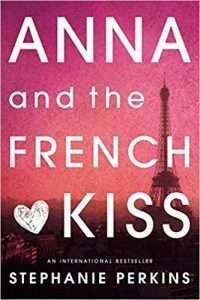 Anna and the French Kiss is the story of girl named Anna who is looking forward to her senior year in Atlanta, where she has a great job, a loyal best friend, and a crush on the verge of becoming more. Which is why she is less than thrilled about being shipped off to boarding school in Paris--until she meets Étienne St. Clair. Smart, charming, beautiful, Étienne has it all...including a serious girlfriend. But in the City of Light, wishes have a way of coming true. Will a year of romantic near-misses end with their long-awaited French kiss? This story is the perfect book to read while at the beach or lying by the pool. 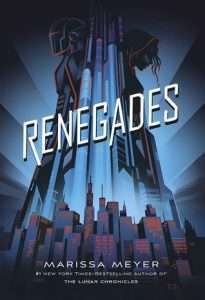 Renegades by New York Times bestselling author Marissa Meyer is the story of Nova and her quest to take down the Renegades. The Renegades are a syndicate of prodigies — humans with extraordinary abilities — who emerged from the ruins of a crumbled society and established peace and order where chaos reigned. As champions of justice, they remain a symbol of hope and courage to everyone... except the villains they once overthrew. Nova has a reason to hate the Renegades, and she is on a mission for vengeance. As she gets closer to her target, she meets Adrian, a Renegade boy who believes in justice — and in Nova. But Nova's allegiance is to a villain who has the power to end them both. This read is perfect for fans of Cinder, Divergent, and The Hunger Games.