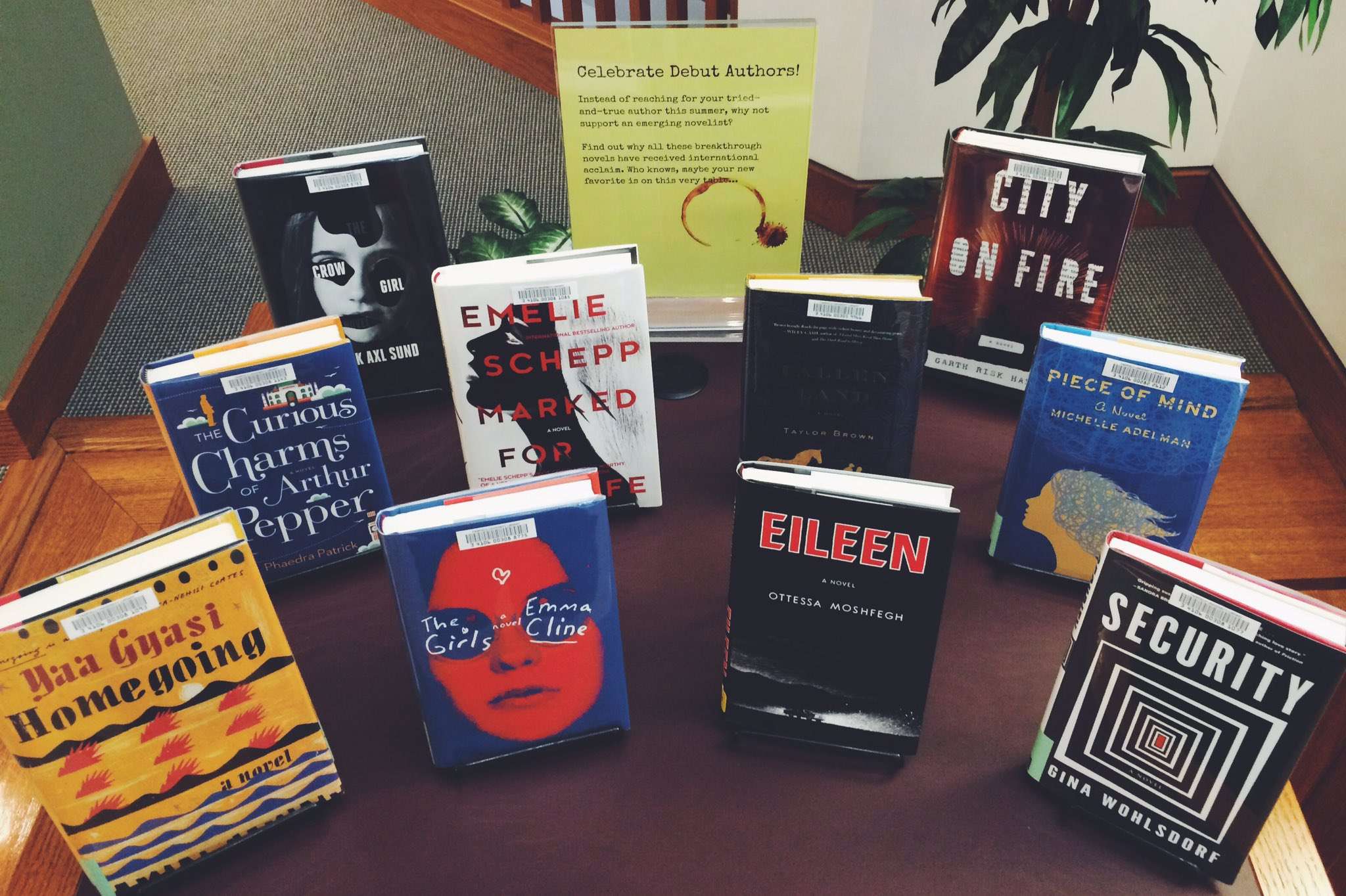 As everybody heads to the beach this summer, why don’t you head to the library to be the first to check out these new debut novels by some of America’s best and brightest young authors? These new novels are on display next to the circulation desk on the main level.  Having received great acclaim across the world, these brand-new novels will certainly be the talk of the town.

In Gina Wohlsdorf’s Security, hotel manager Tessa and her employees prepare for the opening of their new upscale and ultra-secure beachfront hotel and resort: Manderly Resort.  But, someone is determined to see Tessa’s hotel stay closed—attempting to kill off Tessa and her staff.  Wohlsdorf’s thrilling new novel combines love, horror, and mystery in what will surely be the first of many great successes for this young author.

Between caring for her alcoholic father and working at a boys’ prison, the title character in Ottessa Moshfegh’s Eileen has a lot on her plate.  But when Eileen meets young and bright Rebecca, she is pushed-to-the-limits as her new friends convinces her to commit a crime that is both terrifying and exciting beyond belief.  Critics praise Moshfegh as a contemporary Vladimir Nabokov citing her as one of the new voices in contemporary literature.

Set in the tumultuous 1960s in Northern California, Evie meets a group of carefree girls in the park and soon becomes swept-up in the culture of carelessness and charisma.  This cult of adolescent girls inspire and persuade Evie to life a life that is thrilling, care-free, stimulating, violent and dangerous.  Emma Cline’s debut novel The Girls is about young women and their “vulnerability, strength and passion to belong”.

Praised by the New York Times, Washington Post, Chicago Tribune, and Vogue, Yaa Gyasi’s novel Homegoing is a poignant and visceral story about two Ghanaian sisters: one in living in Ghana the other in America.  Gyasi’s touching narrative follows the women and their families from their births in different villages through their families legacy’s up until the present-day.  Homegoing is a delicate and touching narrative that highlights every generation’s struggle to change with the time while also leaving a lasting legacy.

Here are all the books on display: