New Exhibits on the Lower Level

Check out two new exhibits on the lower level of the library: 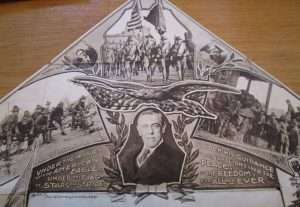 This exhibition recognizes the 100th anniversary of Armistice Day and the signing of a treaty that brought an end to the First World War.  Featuring original posters, militaria, documents, and soldier’s letters from the Special Collections of the Fairfield University Libraries, this exhibit highlights how World War I contributed to the story of American life during the early 1900's.  The exhibit is located on the lower level and lobby and runs from September 30 – December 21, 2018. 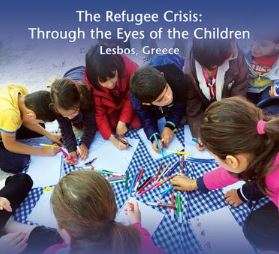 The Refugee Crisis: Through the Eyes of Children

On loan from Loyola Marymount, Los Angeles, this photo exhibit depicts children and families seeking refuge in Greece from war-torn Syria and hopes to put a human face on this unprecedented exodus. Robin and Robert Jones photographs and narrative tell a compelling story of families fleeing from cities and towns where they feared for their lives. This traveling exhibit is co-sponsored by JUHAN and Center for Faith & Public Life, and the DiMenna-Nyselius Library.  The exhibit is located on the lower level and runs from October 29 – November 25, 2018. http://www.throughtheeyesofthechildren.com/home.html