Did you know that, according to Sundance Film Festival, only 4% of top 100 box office films are made by female directors? This is just one example of the systemic under-representation of women and minority groups in high-level film industry careers which has been increasingly brought to light in the media of late. Read more on the Women at Sundance page. There is also an initiative by the Women in Film advocacy group called 52 Films by Women (#52FilmsByWomen). The goal of this project is to encourage individuals to pledge to watch a film by woman filmmaker every week this year.

For Women's History Month, we wanted to feature some of the trailblazing women who have made an impact in the film industry at the screenwriter, director, and producer level. These include Kathryn Bigelow (The Hurt Locker, Zero Dark Thirty), Ava DuVernay (Selma), Sofia Coppola (Bling Ring, Virgin Suicides), Jane Campion (The Piano).

Please visit the display in the media collection on the main level for the full selection.

There are also some films by women filmmakers featured in our online video database, Kanopy, such as Lina Wertmüller's Love and Anarchy and The Seduction of Mimi. Click the links to watch the full films online. 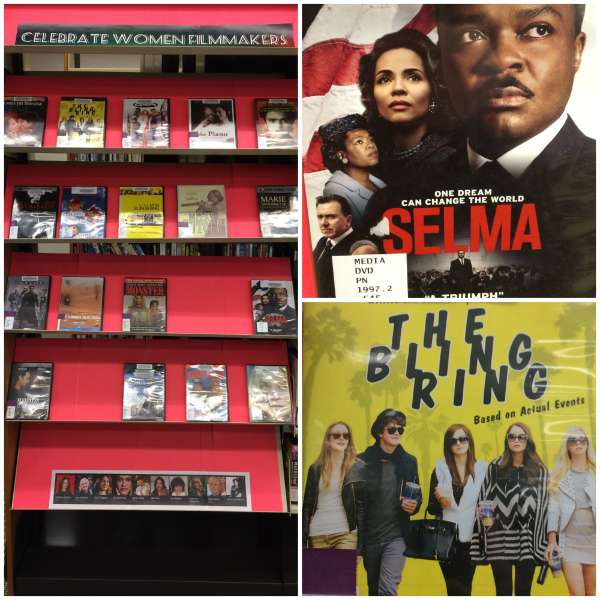 Previous Brain Boosting Study Tips from our De-Stress Event Next RSVP for a Poster Building Workshop, 3/29, 5-6:30