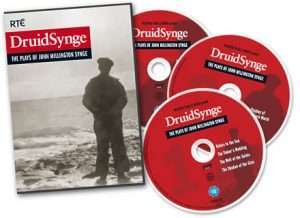 Robert Epstein, Ph.D., associate professor of English, will introduce "Deirdre of the Sorrows" (1910) on March 21. Published posthumously, the play deals with ill-fated Deirdre (Gemma Reeves), who runs off to Scotland with her love only to have to return to fulfill her epic prophesy. It is the stuff of Celtic and Irish myth.