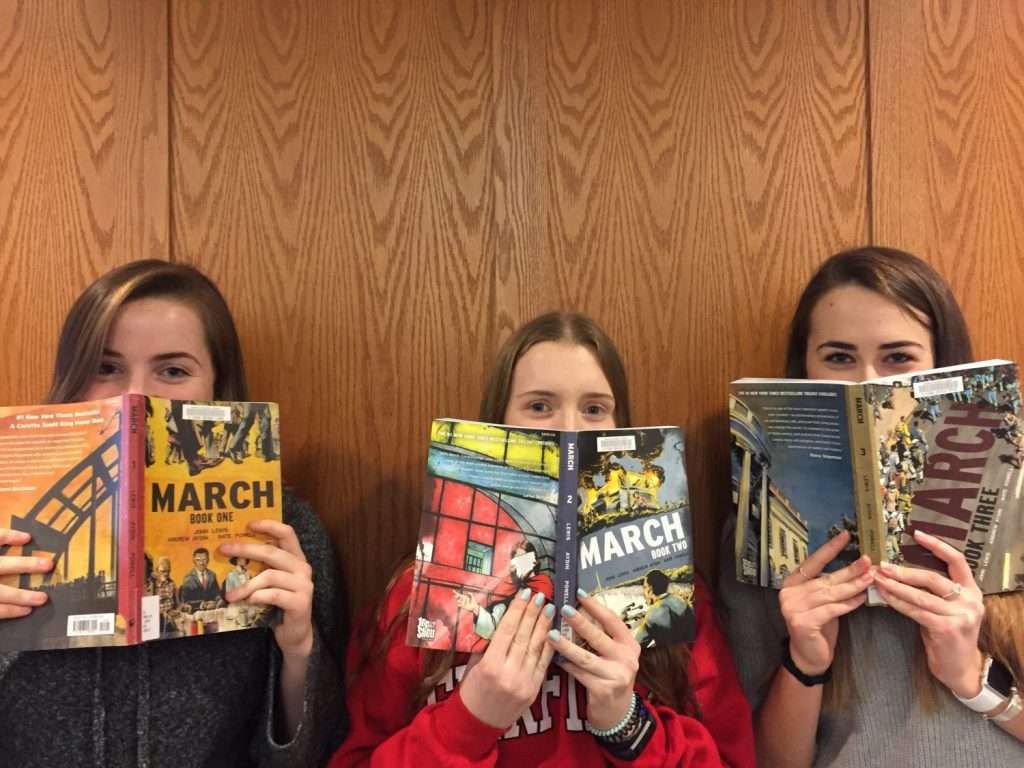 Have you read the March trilogy? Schools have been adding the books to curriculum since the first book was published in 2013. Congressman John Lewis (GA-5), one of the key figures of the civil rights movement, shares his remarkable story with new generations via the medium of the graphic novel. The award-winning, #1 bestselling graphic novel trilogy recounting John Lewis's life in the Civil Rights movement, is co-written with Andrew Aydin and drawn by Nate Powell.

The books provide a poignant first-hand account of John Lewis’ lifelong struggle for civil and human rights. Rooted in Lewis’ personal story, it also reflects on the highs and lows of the broader civil rights movement. The 1950's comic book, Martin Luther King and the Montgomery Story, which advocated nonviolent resistance, inspired student activists like Lewis. Check them out at the Library today.

John Lewis recently announced his next multi-part graphic memoir titled Run. This next book will pick up where March left off, continuing his story and the story of the civil rights movement. Lewis said in a statement reported by Time Magazine: “In sharing my story, it is my hope that a new generation will be inspired by Run to actively participate in the democratic process and help build a more perfect union here in America.”

Previous The Magical Power of Dictionaries Next Celebrate the Birthday of Dr. Seuss